Explore the multitude of intriguing nature trails lined with pine trees and a diverse botanical splendour whilst pausing to take in the spectacular views from the sea cliffs looking down to the beautiful Mediterranean Sea. Many benches are spread out along these trails to take a break from the walk and admire the surroundings in stillness. One of these nature trails forms part of the European Long Distance Trail E4, running from Cyprus to Gibraltar. Then there’s the Aphrodite nature trail which stretches 2 km along the North-East coast of Cape Greko which doubles up as a Cultural Route due to the mythical birth place of Aphrodite. A lovely monument to visit is the tiny white washed church of Agoi Anargyroi with steps that lead down to the sea where there is a place where Holy water runs. Another trail leads to the ‘Cyclops’ cave where there is a picnic site close by. Specially made cycling paths are strewn throughout. Cyprus has the ideal climate for cycling all year round with low annual rainfall and light winds. Thirty foot high limestone cliffs have caves which have been hewn by Mother Nature. Taking a boat trip along the coast you will see that they are really striking, which is why they have been aptly named the ‘Palaces’. Cape Greko has warm sea temperatures ranging from 16oC to 28oC and visibility reaching up to 40 metres. For this reason, and not to mention the wonderful scenery and the marine life, this area is very popular with divers.

There are many caves along the coastline from Agia Napa to Cape Greko National Park. Many people come here to snorkel and the locals come here before the crack of dawn to fish. The Palace caves and the Smugglers caves are deep passages in to the cliffs which are only accessible from the sea. Some extend as deep as 240 feet in to the rock. During calm seas and at low tide it is possible to swim and even walk in to most of them. Although they have a rock-strewn environment the waters are wonderfully clear. Boat trips regularly pass by daily. There are spots of deep water amongst the rocks where spirited folks engage in the extreme sports of cliff diving/jumping.

Situated four kilometres east of Agia Napa on the road between Cape Greco and Protaras, Konnos is the last beach delineating the boundaries between Agia Napa and Paralimni. Konnos is one of the most splendid beaches in Cyprus. It is merely 35 metres wide and 200 metres in total length and is well sheltered from strong winds ensuring hardly any waves. Covered in fine lush golden sand and with sun beds and water sports on offer, Konnos is a wonderfully charming and one of the most picturesque beaches on the island and a relaxing place to spend the day. Access to the beach is easy. The beach is accessible by car, motorbike and bicycle, and on foot. 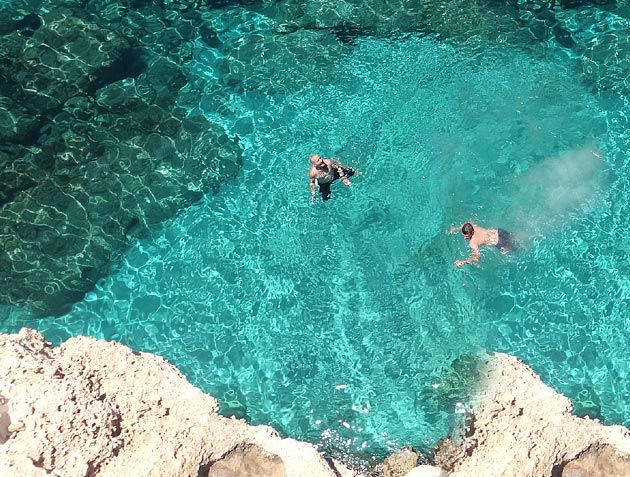 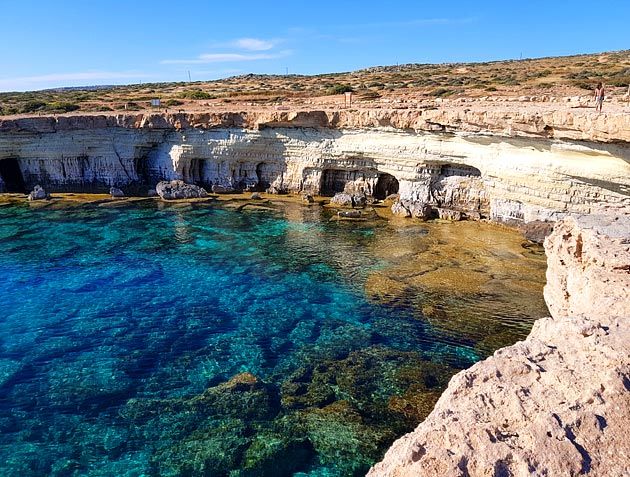 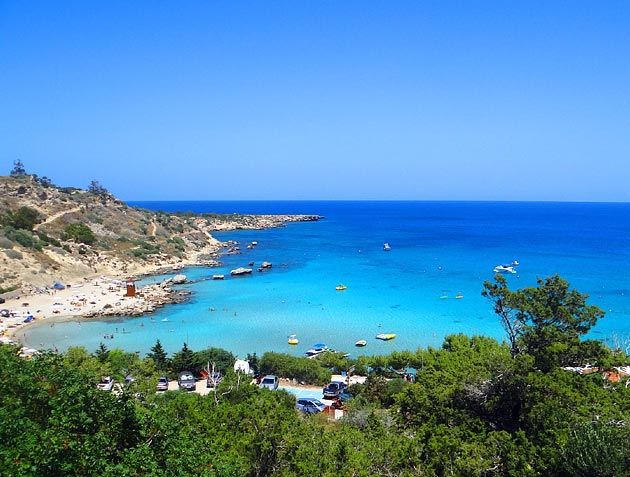 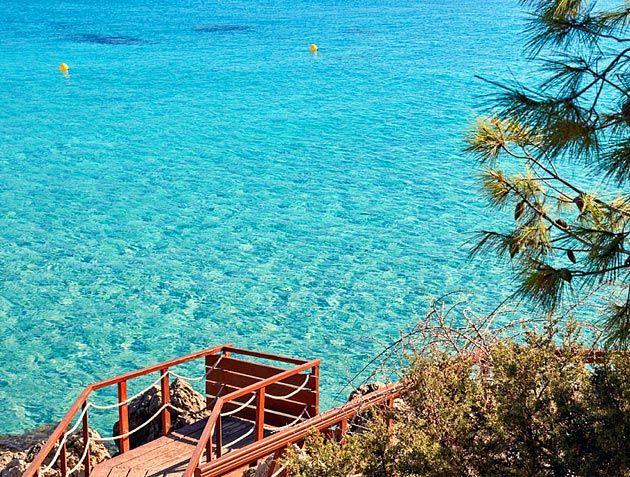 Love Bridge is a rocky arch bridge of natural origin, with one edge stretching into the crystal clear, turquoise and emerald sea from an elevated coastal plateau. Bridge has formed naturally as a result of natural processes, without human intervention. It is believed that if you kiss while standing in the middle of the bridge arch and make a wish, it will surely come true. Also vacationers come here simply to admire the beautiful sea view and take pictures. Romantic atmosphere of the bridge gets especially charming at sunset. The length of the bridge is about 6 meters, and the width is about half a meter.

One of the few buildings in Cape Greko National Park is the small chapel dedicated to Agioi Anargyroi. Below this small white chapel is a hermit’s cave which is mentioned in local legend. The chapel is build on a rocky small cliff overlooking the sea and the turcoise waters of the picturesque Cape Greco situated close by. The Chapel is dedicated to the twin brothers and Saints Cosmas and Damianos who were both doctors and miraculously healed the sick people without receiving any kind of payment. The scenery is beautiful as the chapel is also adjacent to the Cape Greko National Park. The chapel is a popular spot for wedding photos. 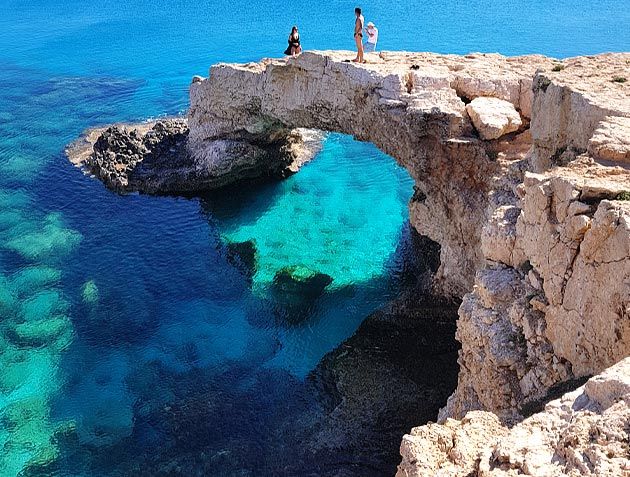 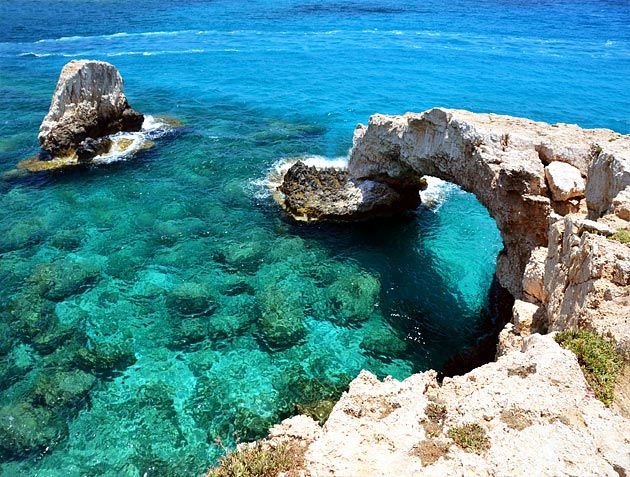 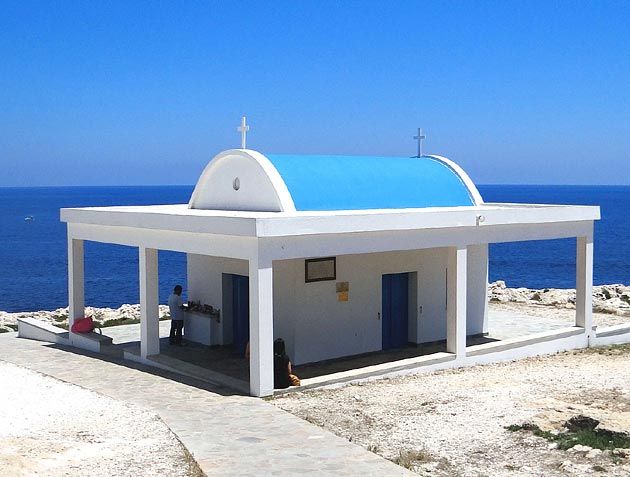 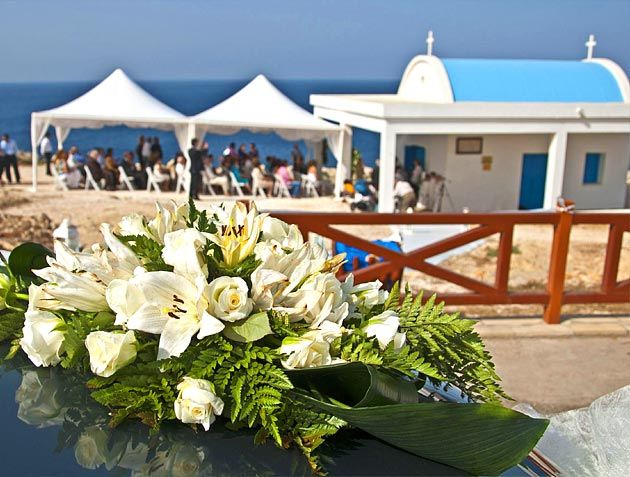 The Cape Greko Environmental Center includes three aquariums which present the marine habitats of Cape Greko area and host fish of the region. In addition the architectural design has been awarded the first prize in the Architecture Competition. The guests enter the Environmental Center by an appropriately arranged hallway. Moreover in the lobby there is a store, which offer souvenirs from the area of the National Park of Cape Greko. Passing the lobby, the visitor enter the area of informative lectures and exhibition. At that point the visitor can be informed about the terrestrial, marine and underwater wealth of the region. In the media area there is an educational area. In addition experienced staff deliver courses to school students, about Cape Greko (Kavo Gkreko), Cyprus and the natural environment in general.

Kamara in English means arch, and this arch is situated at Cape Greko on the south-eastern tip of the island. It has a height span of 50 feet and is 23 feet wide, located along the small road in to the cape. The Arch of Korakas, the most impressive natural bridge of Cyprus, located in the northeast, rugged coast of Cape Greko. A rare building that the brush of nature had thousands of years to create the Cape Greko National Park danger sunk at sea. These are the famous "Kamara tou Koraka", a kilometer from the chapel and the cave of St. Anargyroi. An infinite beauty tall natural bridge over the sea, which in the last decade shows gradual erosion. Something which unfortunately contributed, except through the years, and the roots of some trimmers that are germinated in point. 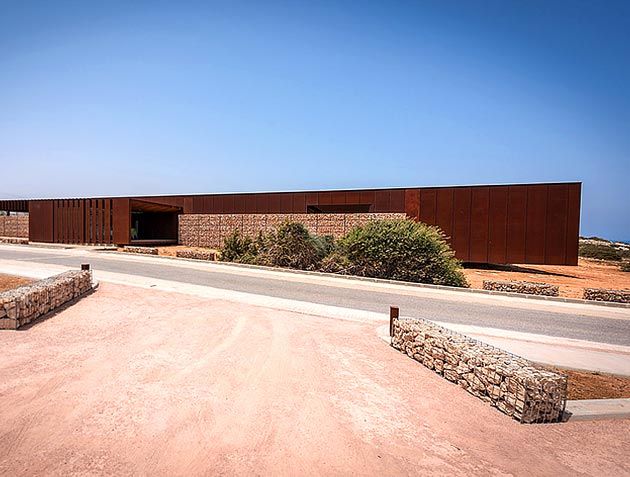 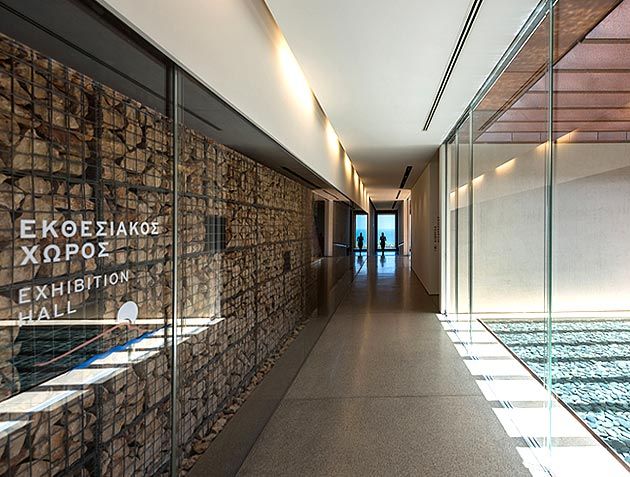 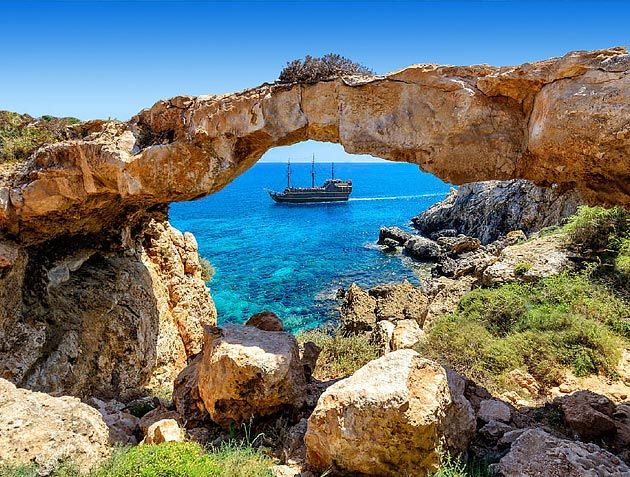 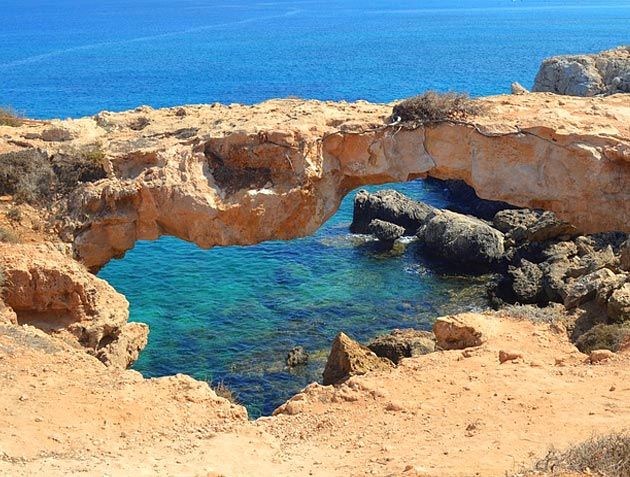 Look down on to the Mediterranean Sea in its beauty from high vantage points on the cliff that rests on the top of the cape and take in the panoramic views. Cape Greco, also known as Cavo Greco. 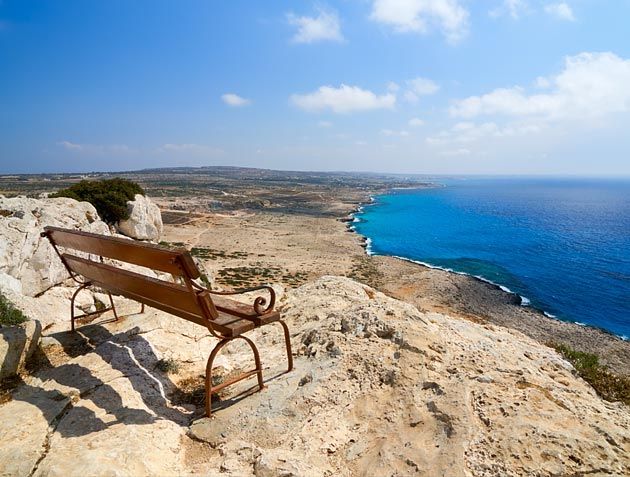 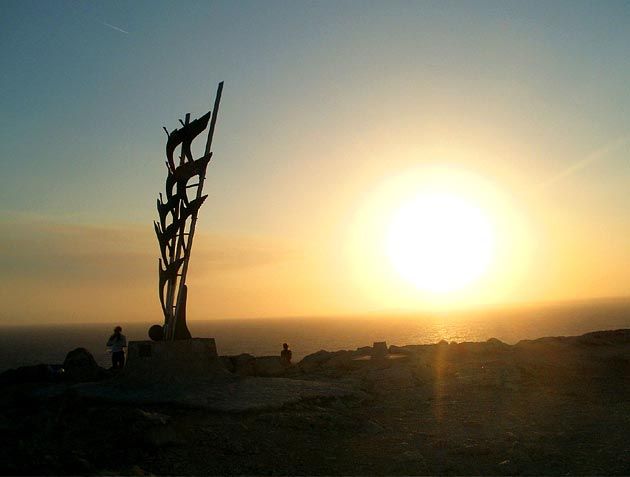 There are 9 Cape Greko nature walks for hikers and people that simply come just to enjoy the splendour of the area. The rocky promontory on the south-eastern coast of Cyprus, east of Agia Napa and south east of Protaras, is an area of unspoiled natural beauty that has been declared a National Forest Park and conservation area and covers an area of 385 hectares. Hike along the network of nature trails lined with miniature pine trees and juniper stopping to admire spectacular views from sea cliffs overlooking turquoise seas. 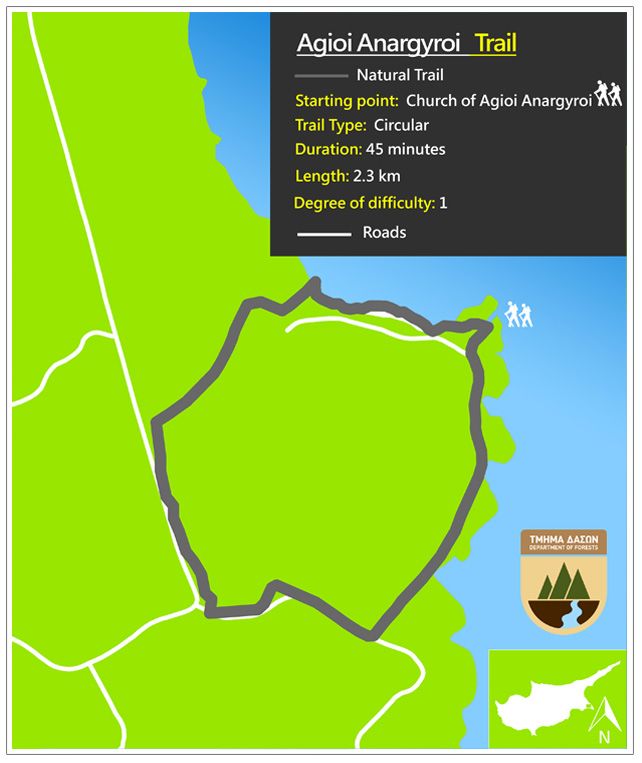 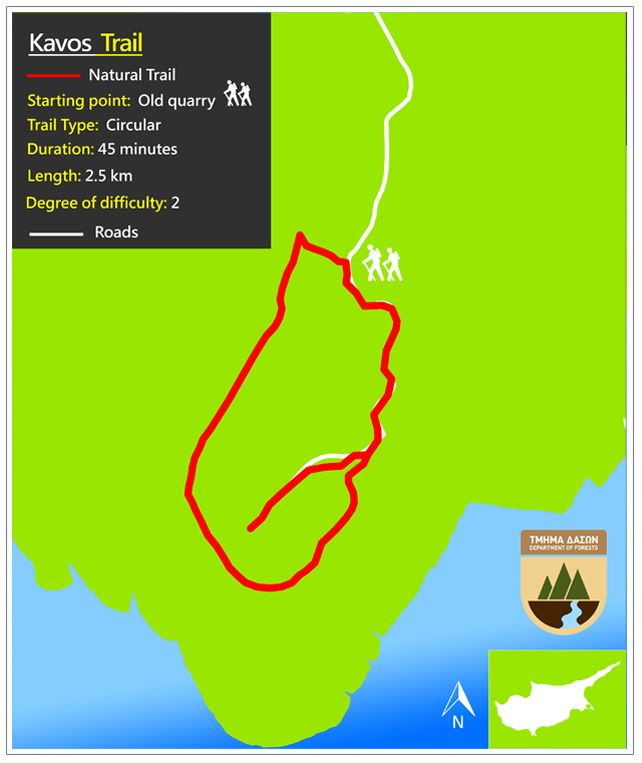 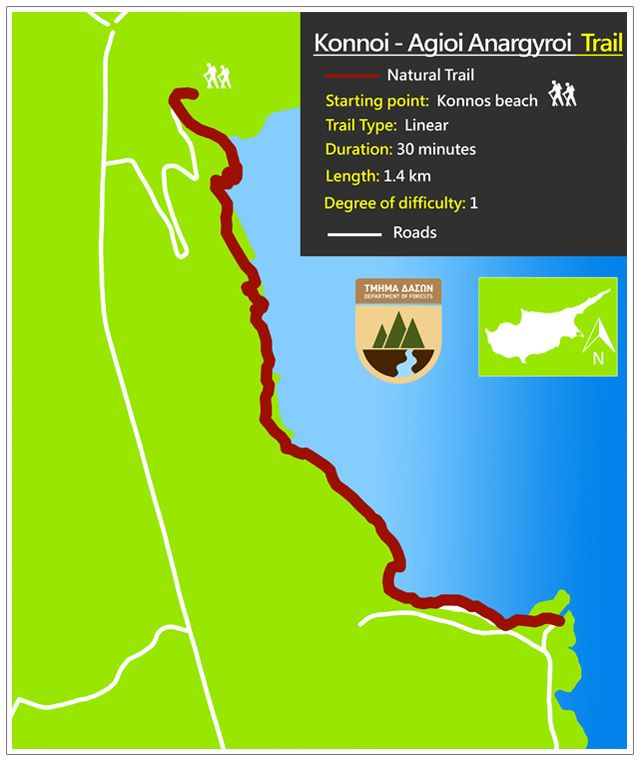 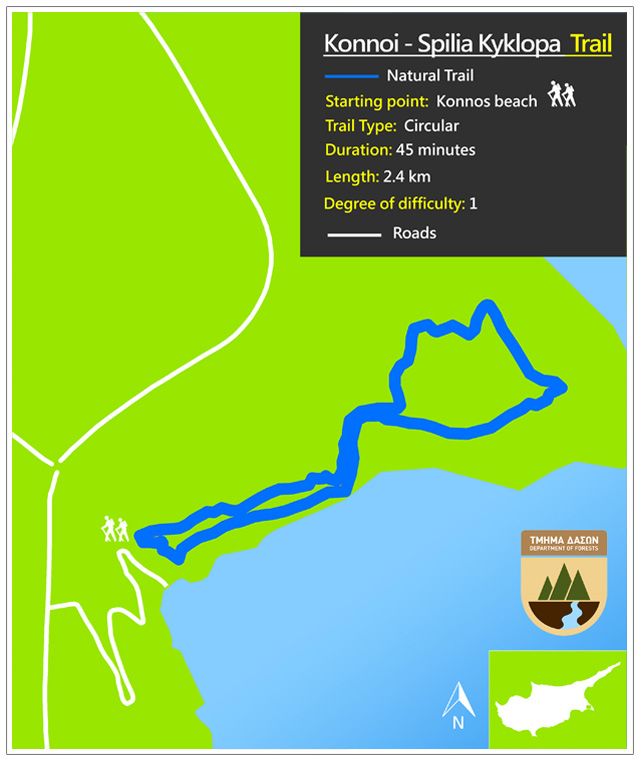 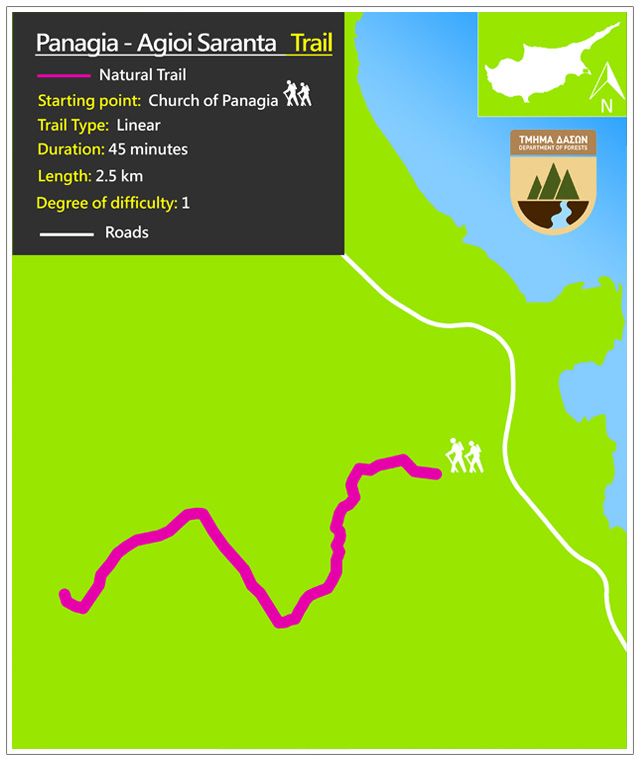 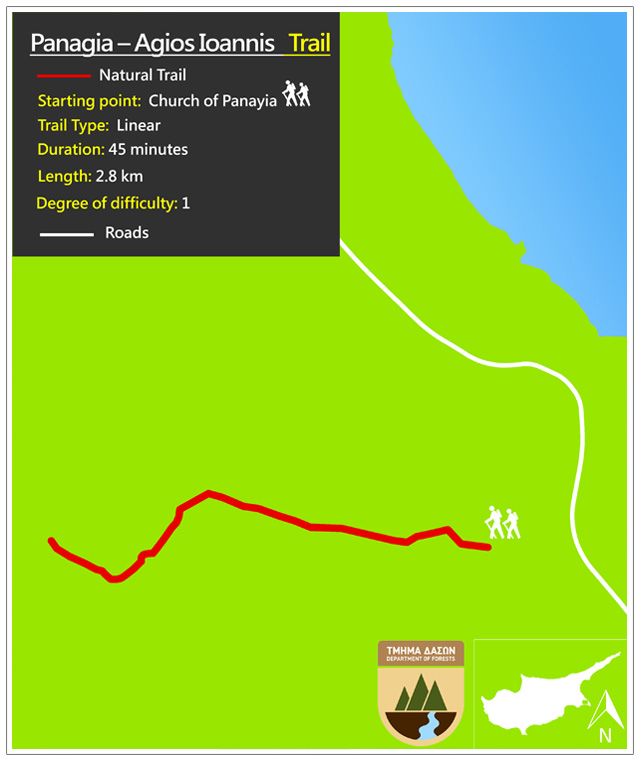 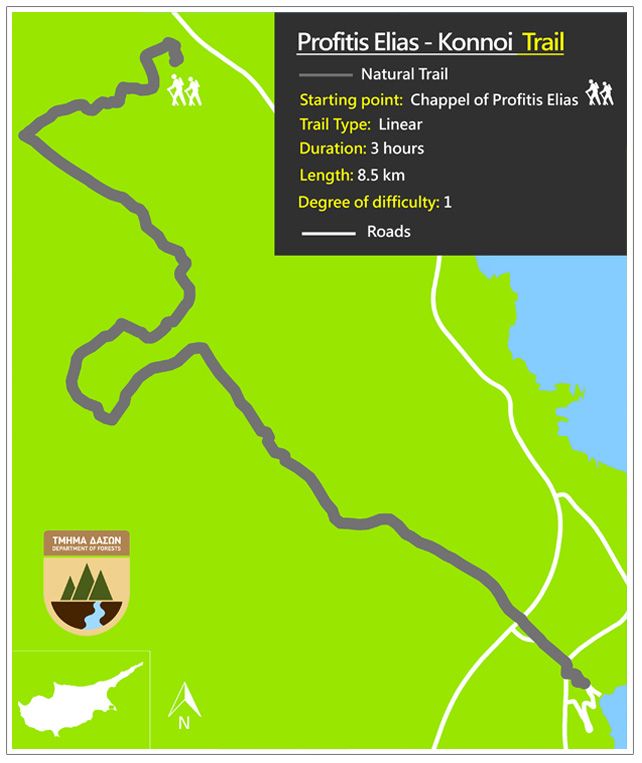 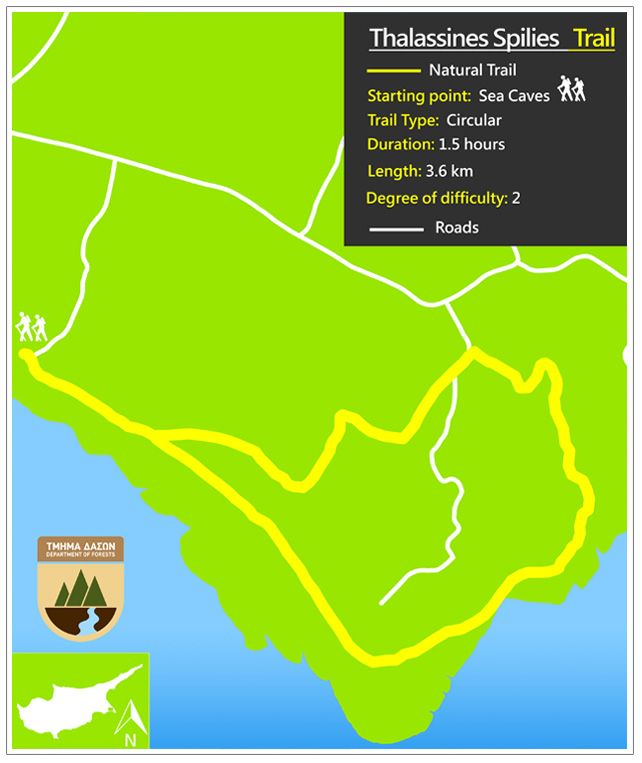 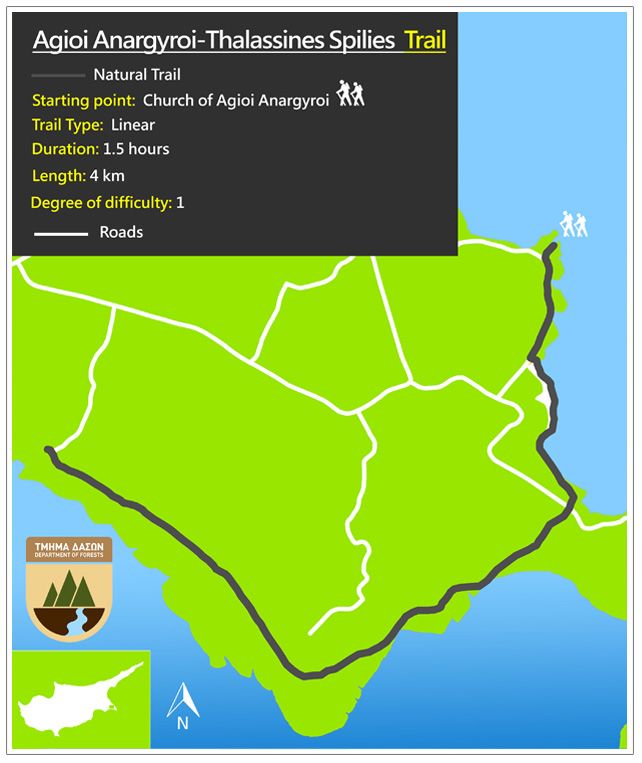